This is a personalized Hotel-booking link for DIXIE Convention & Race Event. Please click on it and enter the dates to receive their discounted room rate.

Pigeon Racing - It Will Blow Your Mind

Pigeon racing is the sport of releasing specially trained racing pigeons, which then return to their homes over a carefully measured distance. The time it takes the pigeons to cover the specified distance is measured and the bird's rate of travel is calculated and compared with all of the other pigeons in the race to determine which animal returned at the highest speed. Pigeon racing requires a specific breed of pigeon bred for the sport, the "Racing Homer".

Competing pigeons are specially trained and conditioned for races that vary in distance for approximately 100 to 600 miles. Despite these lengths, races can be won and lost by seconds, so many different timing and measuring devices have been developed. The traditional timing method involves rubber rings being placed into a specially designed clock, whereas a newer development uses RFID tags to record arrival time.

While there is no definite proof, there are compelling reasons to think the sport of racing pigeons may go back at least as far as 220 AD or possibly earlier. The sport achieved a great deal of popularity in Belgium in the mid-19th century. The pigeon fanciers of Belgium were so taken with the hobby that they began to develop pigeons specially cultivated for fast flight and long endurance called Voyageurs. From Belgium the modern version of the sport and the Voyageurs which the Flemish fanciers developed spread to most parts of the world.

Once quite popular, the sport has experienced a downturn in participants in some parts of the world in recent years, possibly due to the rising cost of living, aging fanciers, and a severe lack of public interest. 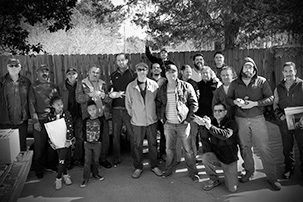 One recent development in the sport of pigeon racing is "one loft racing", where birds are raced against each other under the same training regime, in an effort to test the best birds rather than the best trainer.

Pigeons are the oldest domesticated birds. The predecessors of modern-day racing pigeons were pigeons bred for their homing ability, primarily to carry messages. "Pigeon posts" have been established all over the world and while mainly used in the military, some are still in service today. Modern pigeon racing originated in Belgium in the mid-19th century.

The sport was aided by several new technologies of the era. The advent of the railroad permitted pigeons to be sent to distant release points quickly and at modest cost. In addition, the creation of mass-produced, sophisticated timing clocks brought accurate and secure timing to the sport.

These clocks were designed with special compartments where an entry band, removed from the returning race bird was placed. When struck, the clock recorded the time and also placed the band in a compartment that could only be opened by race officials.

The importance of homing pigeons in the centuries before electronic communications, such as the telegraph and telephone, is seldom recognized. However, the Reuters News Agency, the world's largest information provider, began as a pigeon service carrying closing stock prices between Belgium and Germany, basically between the western and eastern terminus of the telegraph in Europe. Also, the use of homing pigeons by financier Nathan Rothschild to gain advance news of Napoleon's unexpected defeat at Waterloo is thought to have led to a fortune being made in the bond market of the day.

You are invited to participate in the 36th Annual Dixie Southern Racing Pigeon Association Convention and Race, sponsored by the members of the Northeast Atlanta Racing Pigeon Club.

For more information visit our Dixie pages from the navigation bar, or use the links below:
Dixie Flyer
Handlers Map
Hotel

Training methods are as varied as the pigeons themselves. Some fanciers believe their system is the secret to their success and guard these hard learned lessons closely.

Most fanciers will explain their basic strategy but some may be reluctant to share the details of their success.

One of the most popular systems is widowhood. This system uses the birds desire to reproduce as motivation to try to give the bird a sense of urgency on race day.

The North East Atlanta Racing Pigeon Club (NEARPC) was chartered in 2014. We currently have about 25 members, most of which are from Gwinnett County in Atlanta, GA. We have a variety of age groups, including a large proportion of young members... read more

Feral pigeons are the same species as pigeons bred to race, and some racers have sold for more than $300,000 a bird.